Simulator: Reading and Interpretation of Vernier Scale in Fractional Inch 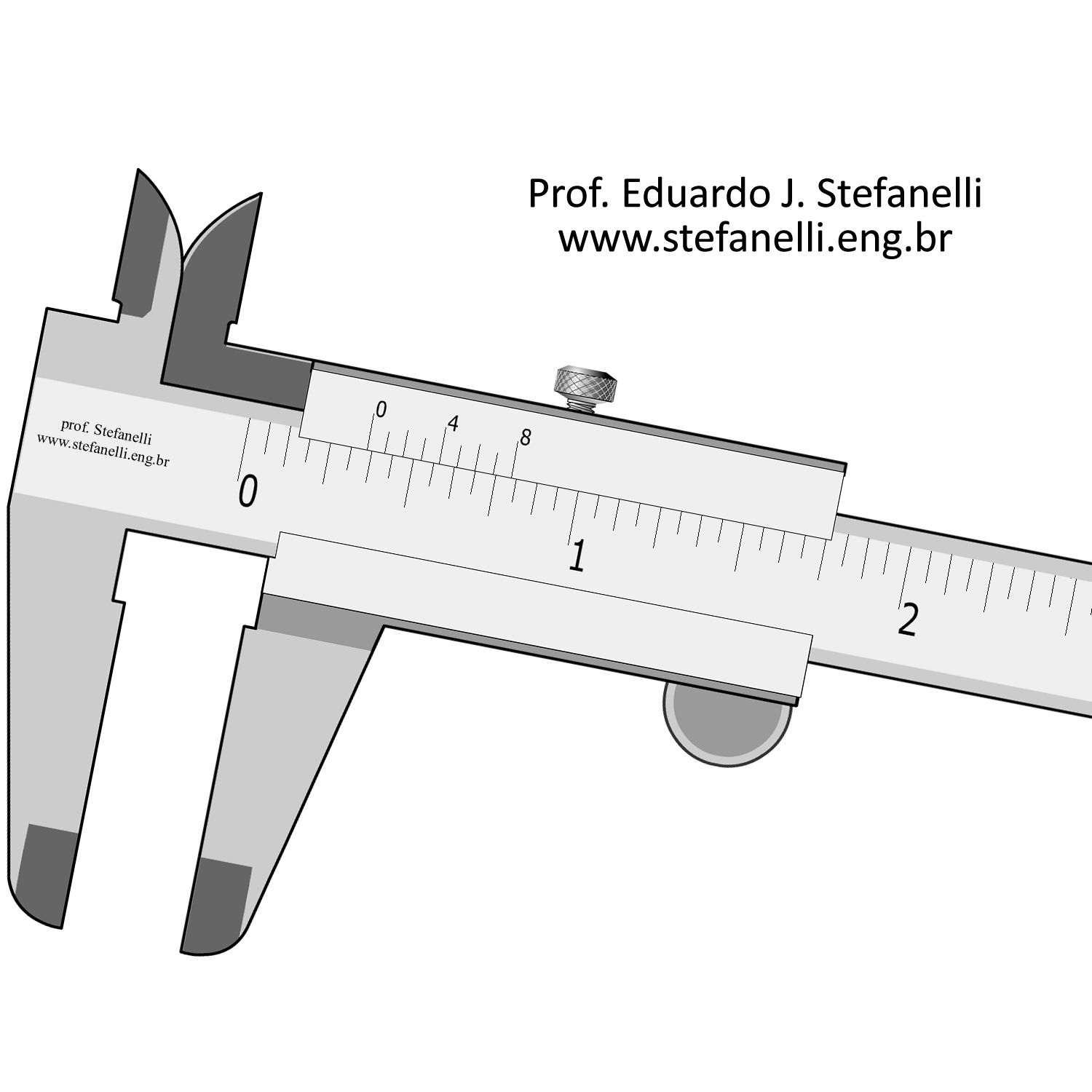 The vernier scale is a technological device that increases the sensitivity of a scale to subdivide the lower division of it. In this simulator the vernier scale (rectangle below the scale) has eight spaces between the vertical lines. It divides by eight the 1/16in, which is the smallest division of the main scale (1/16in / 8 = 1/128in).

Scroll down the page to interact with the simulator or vernier scale. I suggest that before proceeding, you familiarize yourself with the concepts treated in Virtual vernier scale – simulator and practice of reading and interpretation in millimeter – tenth resolution (one tenth of millimeter – 0.1mm)

In this simulator, the vernier scale is below, which slides under the main scale. 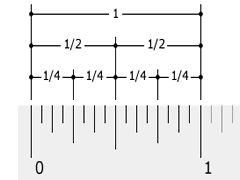 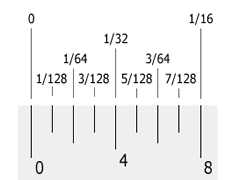 The mark of the vernier which align with a mark of main scale indicate the (sub)division of the measure -figure 3.

The action taken on the vernier must be added as the main scale (marks left of zero (0) of vernier) -figure 3.

Reading is very simple -figure 3 Note that the zero (0) of the vernier coincides with one of the marks of the main scale reading is direct.

Scroll down and practice these skills in the simulator. Monitor resolution does not allow 100% effective in ‘align’

After interacting with the simulator, solve this:
list of reading and interpretation of vernier caliper in fractional inch exercises